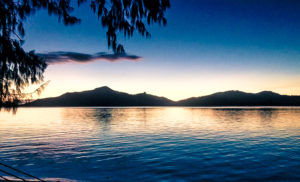 The Yasawa Islands, an archipelago, located in Western Fiji, certainly are more of a lesser-known vacation spot. But with this said, this does not make these islands any less of an interesting locale. In fact, particular facts about its history and the location itself make this set of islands one of the most unique tropical spots in the world. Here are just some of the reasons why The Yasawa Islands are so unique.

The Film “The Blue Lagoon” Was Shot at the Yasawa Islands

Directed by Randal Kleiser, director of the critically acclaimed classic “Grease,” the 1980 film “The Blue Lagoon” was primarily shot on the islands. This film, based on the novel by Henry De Vere Stacpoole, tells the story of two children, played by Brooke Shields and Christopher Atkins, who become shipwrecked alone on an island, eventually mature into curious adults and are forced to deal with their individual comings-of-age. Throughout the film, the viewer can pick out various locations on the island such as its aesthetically pleasing beaches and stunning wooded areas. In fact, we recommend that those who plan to visit the islands watch the film first and see if they can pick out filming locations during their own visits. 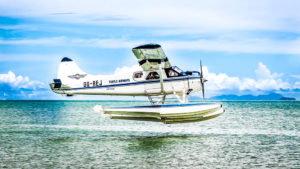 While it is possible to get to the archipelago via sea, a seaplane is truly the best way to get there. While riding in a seaplane, passengers can view the beautiful sea that surrounds the Yasawa Islands and witness a fantastic airborne overview of the islands when approaching the destination. Once visitors have arrived on the islands, they can continue to utilize seaplanes to hop around the different islands in the archipelago as well as the different resorts that are scattered around the islands. In short, not only do you get the best view when traveling on a seaplane, but it is also simply the quickest and most efficient way to get around.

The Yasawa Islands Used to Be Closed to Tourists

A little-known fact about the Yasawa Islands is that, until 1987, the set of islands used to be closed off from land-based visits. However, individuals were able to visit the sea around the islands on a cruise ship, but, unfortunately, they had to stay on their ships and could not set foot on the islands. But, after growing demands regarding tourism thanks to the aforementioned film “The Blue Lagoon” and increased awareness of the islands, the Fiji government eventually allowed for land-based tourism.

The U.S. Government Used the Islands in WWII

Until the mid-20th century, little attention was paid to the Yasawa Islands. In fact, it was not actually officially charted until 1840, even though European explorers had visited it over half a decade before. However, after the outbreak of war and the eventual involvement by the United States, the U.S. eventually decided to use the islands as communication outposts due to their location’s strategic value. It is possible that the islands’ use is what led the Fiji government to eventually allow for cruise ships to visit the islands’ surrounding waters.

Based on the abovementioned facts, it is clear that the Yasawa Islands are more interesting than they may seem at first glance. Not only are the islands beautiful, but they also have a rich history. If the islands themselves or the details regarding their history seem interesting to you, what are you waiting for? Hop into a seaplane and pay this beautiful location a visit.