Ecotourism in Fiji: Be One with the Yasawa Islands

These days, mankind effects on the environment are a constant concern of many people. Most of us wish we could live more harmoniously with nature. But in the bustle of modern society, that becomes a more distant dream then ever before.

That is why it is important to take time off and rejuvenate your body and soul in a place that is more in tune with nature. A place like the tropical south pacific islands of Fiji’s Yasawa island chain. 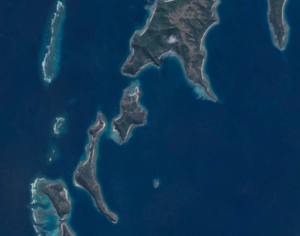 During the glacial maximum of the last ice age (some 18,000 years ago), the Yasawa island chain (as well as the Mamanuca island chain) were connected to Fiji’s big island of Viti Levu. As the glaciers receded and the oceans began to rise, Yasawa became the island chain that is today and is now about 50 miles to the north west of Viti Levu’s present coast. The first native Polynesians and Melanesians began to arrive in the region over 3500 years ago, and found a diverse landscape filled with areas of tropical dry forest. In these wonderful habitats they found unique animals like the Fijian Crested Iguana and the Flying Fox (not really foxes, but actually some of the largest bats in the world).

Since Fiji became an independent nation in 1970, preservation of these amazing islands became a priority. Land based tourism was prohibited in the Yasawa island chain until 1987. This allowed the islands to remain free of the commercialization that is common in many other tourism driven areas.

Now, they Yasawa islands are dotted with several small resorts that are (in many cases) owned and operated by local villages, and are therefore built with sustainability, and the preservation of the islands in mind.

Sawa-i-lau is a must see spot for anyone interested in ecotourism in Fiji. It is a limestone island in the northern part of the Yasawa Islands. This island is an anomaly in the region because the rest of the Yasawa islands are all volcanic in origin. The island is heavily forested due in part to the sharp and vertical limestone karst formations which make movement around the island extremely difficult. The island is home to some amazing flooded caves that are a must see if you are visiting the Yasawa islands. You can also find one of the largest Flying Fox colonies in the Yasawas on Sawa-i-lau. 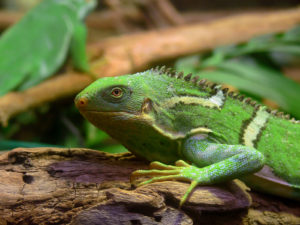 In the southern part of the Yasawa island chain, you can find the island of Nanuya Balavu. It is home to the Manta ecotourism resort named after the large Manta Rays that swim in a near by deep water channel. The islands is largely forested by mature native trees, and is another great place to see if you are interested in ecotourism in Fiji.

The Yasawa island chain is a magical place for anyone who wants to experience the beauty of our planet the way it was thousands of years ago. However, getting around a small archipelago isn’t easy if you don’t know what you are doing. We suggest making plans with Turtle Airways to help you get to all the places you want to see on your ecotourism in Fiji vacation. Turtle Airways seaplanes can pick you up on the beach in front of your resort and fly you on a low flying scenic tour of any of the islands you want to visit. They also have day trips so you can explore the caves of Sawa-i-lau, or swim with the Manta-rays and make it back to your resort for dinner!