Recently, I read that most senior citizens regret not traveling more when they were younger. Don’t let that be you. Get out and travel, see the world, have an adventure.

Swimming With The Mantarays 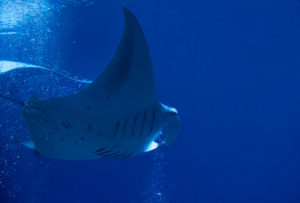 Legends say that there once lived a great warrior named Buli Balavu. Bali Balavu lived on Naviti when it was one island, and not the group of islands it is today. Naviti was such a beautiful island, that all the animals started fighting over who owned it. Data, the snake, started killing the other animals so that he could have Naviti to himself. As Gata was chasing the other animals and insects of Naviti, Buli Balavu decided to save them by breaking the island. He fired an arrow into the center of Naviti and it shattered into 4 separate islands. Today these islands are known as Naviti, Drawaqa, Naukacuvu and Nanuya Balavu.

Unfortunately, ants were trapped on the island that Gata was on. The ants couldn’t swim, and it seemed they were sure to be killed by Gata. Just when all seemed lost, Vonu (the Turtles), Vai (the mantras) and Sulua (the octopus) came to rescue the ants. They ferried the ants over to one of the other islands. Since then, the waters around the Naviti island group have become a special place for the mantarays. Every year, between May and October, the mantarays return to the area. These gentle giants of the deep are amazing to see, and if you are in Fiji’s Yasawa island group during the summer, a trip to the Naviti group to swim with the mantarays should be on your agenda. 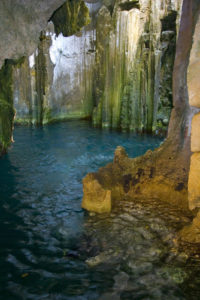 Legends say that a young Fijian chief and his true love hid away in the Sawa-i-lau caves after her family promised her to a rival chief. Every day, he would gather food and swim into the caves where she was hiding. Eventually, they were able to make their escape to another island where they lived happily ever after.

The sacred Sawa-i-lau Caves are also known as the resting place of the ten-headed ancient Fijian god, Ulutini. Each chamber of the caves represents each of the god’s nine snake heads (Ulutini’s tenth head is human shaped).

Local legends also state that the caves are home to two fish Dema Leka and Damu Balavu, and an eel named Donu. They have lived in the waters of the Sawa-i-lau caves forever without ever breeding, changing, growing or dying. They are protected by the magic of the caves that are known to locals as the “heart of Yasawa”.

If you plan on Exploring Fiji