Explore the Volcanic Yasawa Islands of Fiji With a Scenic Flight

Why Are the Yasawa Islands of Fiji Worth Seeing? 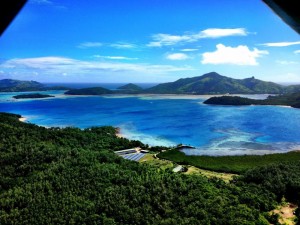 In total, there are about 20 islands in the Yasawa Group, which rose out of the sea because of volcanic activity in primordial times. In the present, said islands are a feast for the senses, combining a lush interior with white sand beaches and crystal blue waters. Better still, the Yasawa Group are much less well-known than Viti Levu and other Fijian destinations of choice, so much so that land-based tourism was not permitted until the 1950s and still restricted until 1987.

In short, this means that the Yasawa Islands of Fiji are the perfect choice for tourists who want to see something beautiful but still preserved from the touch of commercialization that is so common to such places.

Why Are the Yasawa Islands of Fiji Worth Seeing From a Different Angle? 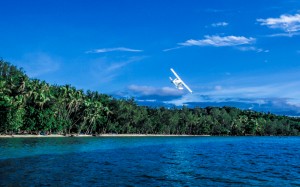 Although the Yasawa Group has much to offer those planning to explore it on either foot or boat, those interested in something much more memorable should consider the same sort of tour while ensconced in the cockpit of a seaplane.

Those who have gazed out of the window while sitting in a plane’s window seat will know what it feels like when the landscape spreads out beneath them in a sensation so beautiful and unreal that it becomes nothing short of breathtaking. Imagine how much more those impressions will heighten when it is the pure and pristine landscape of the Yasawa Islands of Fiji rather than the places to which we have become accustomed?

Better still, being seated in a seaplane can let the occupants benefit from much lower elevations than otherwise possible, providing them with enhanced detail while retaining the sublime sensation of flight. The changing approaches of each flight makes it an experience like none other, meaning that our seaplane tours are something that can be taken again and again with no loss of interest.

With that said, there are also practical reasons that seeing the Yasawa Group from a seaplane makes more sense that seeing the Yasawa Islands from a boat. Since said islands have so few tourists compared to their much more commercialized counterparts, there is less tourism infrastructure. As a result, boat tours of the Yasawa Group are uncommon, which can be inconvenient for tourists who are working with a short, packed schedule. Worse still, boats are much slower than seaplanes, meaning that said individuals will not be able to cover the same amount of ground in the same amount of time. Something that will cause them to miss out on some of the scenes that can be seen in the Yasawa Group and nowhere else else in the whole wide world.

To learn more about what can be seen of the Yasawa Islands of Fiji while sitting in a seaplane, please contact us as soon as time permits.