Katonimana: The Box of Blessings 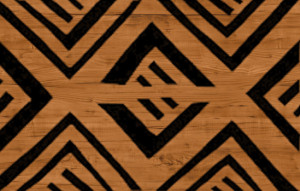 Despite their lack of modern techniques and technologies, the ancients could be great sailors. After all, the numerous islands sitting out on the Pacific Ocean could not have been settled had the ancients not been willing to sail between them in nothing more than canoes. Although we still don’t know the exact details of how people came to the islands that make up Fiji, the existence of the modern Fijian people can be attributed in large part to the skill and courage of men and women such as these.

Such voyages are reflected in the story of how Fiji became Fijian, which says that the ancestors of the Fijian people sailed out of their homeland in the west in an entire fleet of war canoes. One such canoe, the Kaunitoni, was said to have borne the commander of the fleet as well as a precious treasure called the Katonimana, which meant “Box of Blessings.” When the fleet reached the waters of the Mamanuca Islands, they ran into a storm, which caused so much upheaval that the Katonimana slipped off of the Kaunitoni. Instead of retrieving the precious treasure, the commander of the fleet let it go, claiming that it was the will of the gods. In fact, when the ancestors of the Fijian people finally set foot on Viti Levu, they decided that no one would ever be permitted to retrieve the Box of Blessings on pain of being cursed. As a result, it is believed to still lie somewhere beneath the waters of the Mamanuca Islands, bringing its blessings to the local settlements as well as those who take the time visit them.

Whether you are interested in the Katonimana or the Mamanuca Islands, you have a choice to make. You could make your way using the normal means of travel or you could take to the sky while ensconced in one of our seaplanes.

Like our name suggests, we can send you exactly where you want to go exactly when you want to go. This means unrivaled convenience because you will not be forced to wait on the normal means of transportation that send people to and from the Mamanuca Islands. Better still, our seaplanes provide you with the rare chance to see the beautiful landscape of Fiji stretch out before you as though a gorgeously-detailed map.

The Mamanuca Islands are a particularly good choice for sightseeing by seaplane because they are famous for a mixture of coral reefs, shaded beaches, and even more spectacular sites. In fact, if you are interested in the legend of the Katonimana, you can even see some of the sites featured in the story. Alternatively, if you are more interested in what the Mamanuca Islands can offer you, you can expect to find no shortage of opportunities for rest and relaxation along with more active pursuits such as boating, fishing, diving, and snorkeling.

Before you plan your trip to Fiji, be sure to contact us at your earliest convenience. Our knowledge of the surrounding region can provide you with what you need to know about your upcoming trip, while our services can help you make it into the trip of a lifetime.